Motorcyclist Op-Ed: Time to Retire the Antiquities Act
(as it appeared in their Sept 2017 Issue) 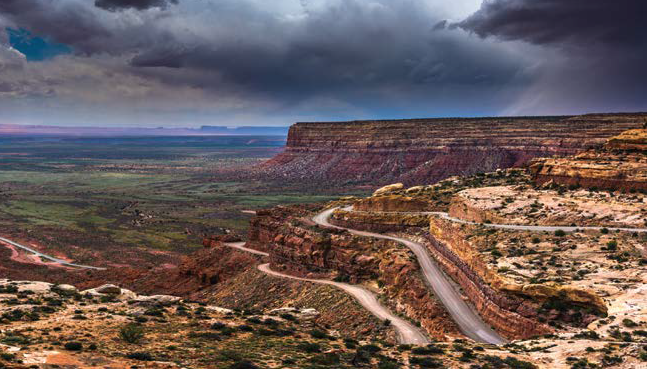 Question: For off road motorcycle enthusiasts, outdoor recreation lovers in general and states rights proponents what year in U.S. history could easily be argued as the single most detrimental from a public policy perspective?

Answer: 1906, the year the Antiquities Act was passed allowing the President of the United States to unilaterally set aside public land, without public comment or input, as conservation land otherwise known as the “National Monuments Act”.

At first glance not a bad idea, perhaps even noble, afterall who would argue against preserving and protecting our country’s rare natural wonders and heritage for future generations? In spirit the Antiquities Act serves this purpose but only when thoughtfully implemented with foresight and restraint and with a clear conscience regarding motivation. Unfortunately, what was originally intended as an executive tool designed to expedite the protection of historical and culturally significant areas has now become a currency for paying back special interests and campaign debts. Witness former President Obama’s mind-boggling designation of 34 National Monuments encompassing a staggering 550,000,000 acres of public land during his presidency. Some of this land includes National Monument designation for areas of land that are already protected INSIDE existing National Parks. Almost twice as much land as the next most active U.S. President, Theodore Roosevelt.

The Antiquities Act has negative ramifications for all forms of public access and for land use policy in general. In many cases it undoes years of hard work, cooperation and thoughtful deliberation between private citizens, native american interests, access advocacy groups, conservationists and state and federal land management agencies who have all collaborated to develop thoughtful, balanced and sustainable land use policy. All undone by one man. All undone with a single stroke of a pen.

When the Antiquites Act was first passed the National Park movement was in its infancy and conservation in general did not exist. Likewise a myriad of other state and federal land use agencies and policies were decades away. Today we have the National Park Service, The Wilderness Act, The Wild and Scenic Rivers Act, The National Environmental Act, The Endangered Species Act, the BLM and the Federal Land Policy and Management Act to name but a few. All have processes for designation and preserving our cultural heritage and natural resources. With these in place the Antiquities Act no longer makes sense. Its time for it to either go away completely or be significantly reformed.

The Antiquities Act no longer serves its original purpose. Federal ownership of land has taken management control away from states and local interests. The result has been environmental degradation of America’s national monuments and parks, billions of dollars in maintenance backlogs, lost economic opportunity, and concentration of power in Washington.

Fortunately the Trump administration recognizes Obama’s recent executive action for what it is; a land grab and political payback plain and simple. He has asked the Interior Secretary to look into scaling back or reversing all together the most recent National Monument designations made by the Obama administration. It’s time to put pressure on our representatives to support the Trump Administration in this effort. We may never have a better political environment than now to undo the past 100 years of centralization and abuse of political power by the executive branch. Time to put the power back in the people’s hands. Time to fight to protect access to public lands for future generations of off road motorcycle enthusiasts before we are all considered “Antiquities” as well.