In 1987 I rode my first rally, The Rally de Atlas in Morocco. My teammates were Danny LaPorte and Dan Smith. We rode for the French Husqvarna importer Marcel Seurrat with sponsorship from Foltene, a French shampoo company. It was a great adventure, my first experience at raid rallies, and it led to me riding several other rallies in North and South Africa, South America and Europe and ultimately Dakar. I could write a book about the experience and maybe someday I will but for some reason today I was reminded about the art of the sale and it took me back to Marrakesh in May, 1987. 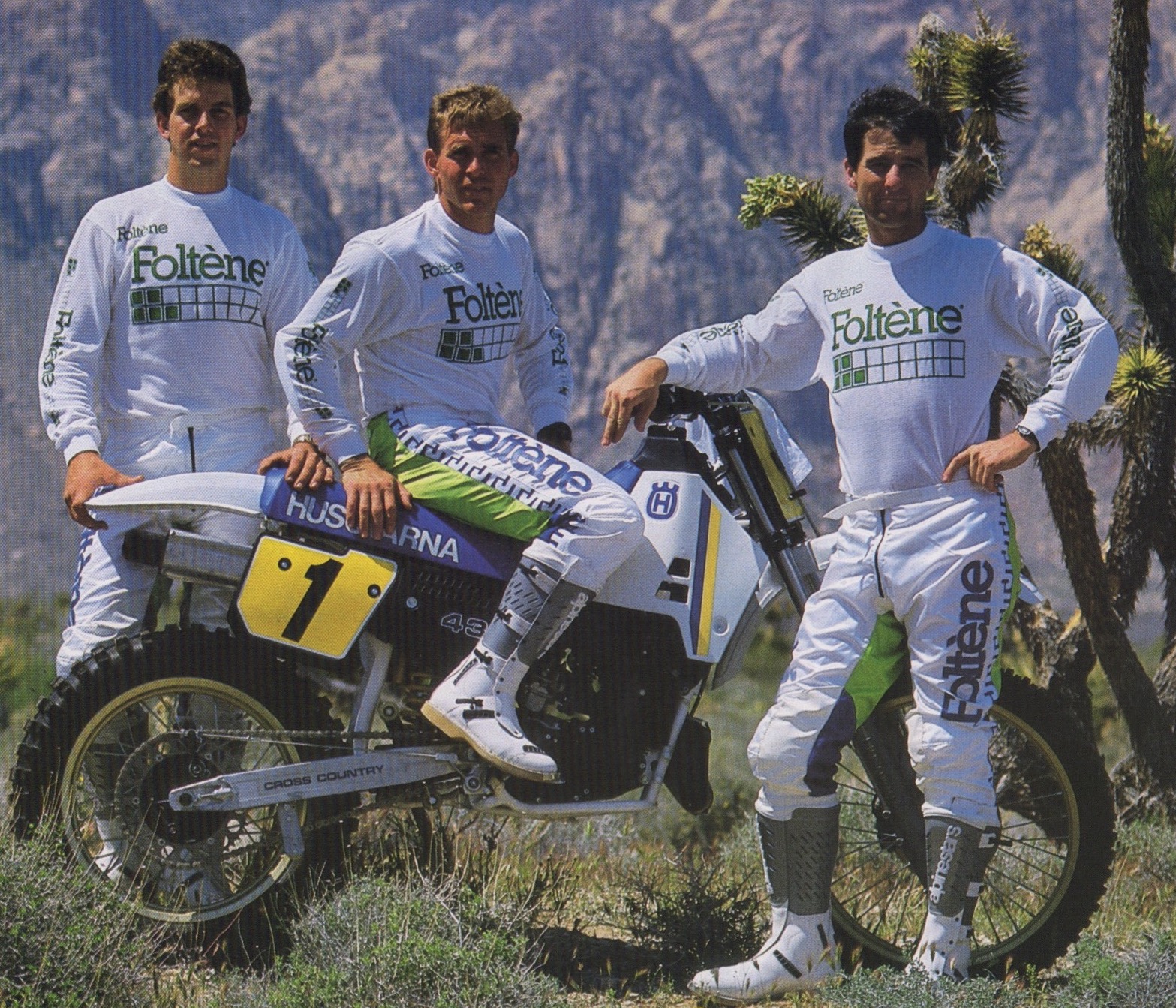 By the time the rally finished I was so eager to get away from the motorcycle and do something different we organized a shopping expedition to the central market in Marrakesh. Now we were warned about the middle eastern shopping experience, the cultural norms and expectations by others on the rally but it seemed harmless enough and after all we just survived an 8 day, 2500 mile long rally across the Atlas mountains and southern deserts of Morocco so what could possibly be as dangerous or as nerve racking. After entering the main gates to the market square we were immediately confronted by a pack of small boys 5 - 16 years old each tugging at our shirts offering to help guide us to "absolutely, positively the best shop in town with the best prices anywhere". Most spoke some English and even though we were warned not to engage it was hard to resist their pitch. In fact nothing we said would dissuade them from tagging along and later we realized that even without us consciously being aware of where we were going they actually directed us at every turn and we ended up exactly where they wanted us. 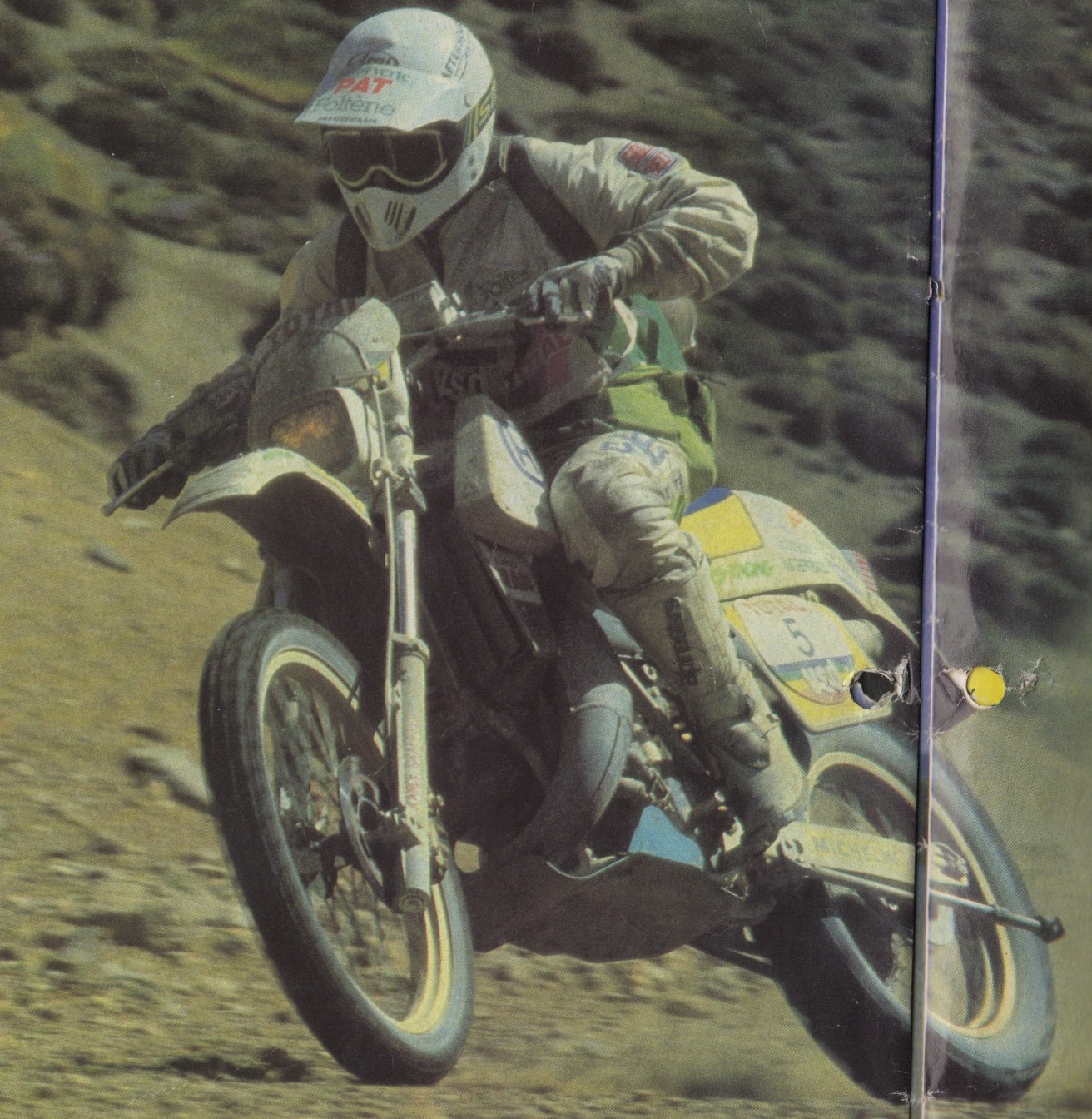 Scot Harden at speed in the Atlas Mountains

After passing several shops on the main streets and thorough fares we were guided through some small alleys into a small but nicely appointed shop and were greeted by a very nice young man who no doubt was a relative of one of our "guides" and who eagerly sought to help us. We perused the various Moroccan trinkets and sundry tourist souvenirs and I landed on a few small items, a Berber blanket, a tea cup, a carved wooden salad bowl and began the price negotiation. Now from the start we were told that haggling was not only expected but required in middle eastern culture and to not haggle was considered an insult so the negotiations began. We started out by offering 75% off the "list" price and negotiated hard from there. We went back and forth for several minutes each side offering their best "last offer" position and were about to leave when suddenly we found we couldn't leave. In fact when I decided the price was "just too much" and started for the door someone would appear almost out of thin air in front of us blocking the exit. Now none of this was done in a threatening manner or what could be perceived as forceful or violent but nevertheless it was impossible to get out the door without physically touching the proprietor or one of his staff. And as we searched for an opening, any opening to leave the premisses the shop owner kept negotiating. This went on for some time and actually at one point I marveled at the dexterity it took for someone to somehow mysteriously pop up in front of us blocking our exit. It was almost like a ballet. Finally, out of awe for the closing skills exhibited and frankly a little desperation mixed in we agreed to price but not after the proprietor managed to up sell us several other items not even on our list.

Entering the main market in Marrakesh

I bring this up now because I was just thinking about the art of closing a sale and when to take no for an answer. I've seen and worked with a lot of great sales professionals in my time. I've seen very polished customer oriented techniques applied and real skill exhibited by some of the best in the business. I realize now though that my Moroccan shop owner was not only one hell of a salesman but managed to effectively close the sale by using a technique never before demonstrated. He closed by placing obstacle after obstacle in front of the buyer rather than removing obstacles. It just goes too show that their is no single answer or approach to getting the sale except to be creative and persistent and oh yes, it sometimes pays to be quick on your feet.