Scot Harden has enjoyed a nearly 40-year career as one of the world's top off-road motorcycle racing competitors compiling a resume that few can match.  From 1971 until his final professional race in 2007 at the age of 51 Harden’s career is noted for the wide range of off road disciplines that he mastered. He is also noted for an impressive executive management career within the motorcycle industry and is well known as a brand builder, visionary, team manager, sales and product planner.

Harden began his professional racing career in 1973 as a support rider for Husqvarna joining the factory Desert/Baja off road squad in 1977. That year saw him take his first major title winning the 1977 Baja 1000 overall. From 1977-78 he and his partner Brent Wallingsford set a record for consecutive SCORE overall event wins with 5 straight overall wins. He raced with Team Husqvarna until 1986 taking his final overall SCORE victory, the 1986 Baja 500 with partner Garth Sweetland. During his time with Team Husky he earned many of his Baja and international Off Road wins, Another highlight of this period was as a member of the 1982 U.S. ISDE Trophy Team which finished a US Trophy team best second overall at the ISDE held in Czechoslovakia that year. On the local and regional scene he won over 100 desert races overall.

Competing at the 1980 ISDE in Brioude, France 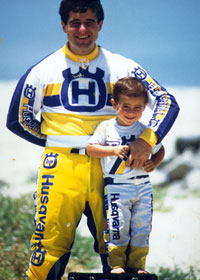 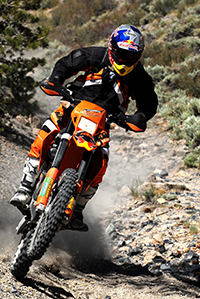 On the gas as GM of KTM Adventure Tours

His motorcycle industry career began in 1982 when he joined Husqvarna Motor Corp in San Diego as Husky Products Accessory Mgr. and Desert/Offroad Team Mgr. which soon transitioned in to Western Region Sales Mgr. There he was mentored by fellow AMA Hall of Famer Mark Blackwell who was VP of Husqvarna Motor Corp at the time and who served as a tremendous role model for how a racer could also become a corporate executive. He later became National Sales Mgr for Cagiva North America when they purchased Husqvarna in 1986. Harden left Cagiva at the end of ’86. Between 1987 and 1988 Harden raced professionally in Europe, Africa and North America embarking on a Rallye racing career which saw him become the first American to win a Marathon Raid style Rallye in 1987.

In 1988 his career entered an entirely new phase when he joined KTM as Western Region Sales/Desert Racing/Media Relations Manager for KTM America. This period marked the beginning of a very long and successful association with fellow AMA Hall of Famer and KTM America President, Rod Bush. The two of them along with a dedicated staff led KTM through a bankruptcy in 1991 to become the preeminent manufacturer of off road motorcycles. The same year he joined KTM(1988) he raced in the 1,900 mile Incas Rally in Peru, where he finished third-overall and top American, and in the 2,500 mile Rallye de Atlas in Morocco, finishing second overall against the top rally racers of the day and first U.S. rider. Harden soon transitioned to VP of Marketing a nd Communications  for KTM USA and was responsible for the brand’s US market development through 2005 including development of the KTM Sportminicycle product line and the launch of the KTM Jr. Supercross Challenge. This period was marked by huge sales growth and market share by KTM. 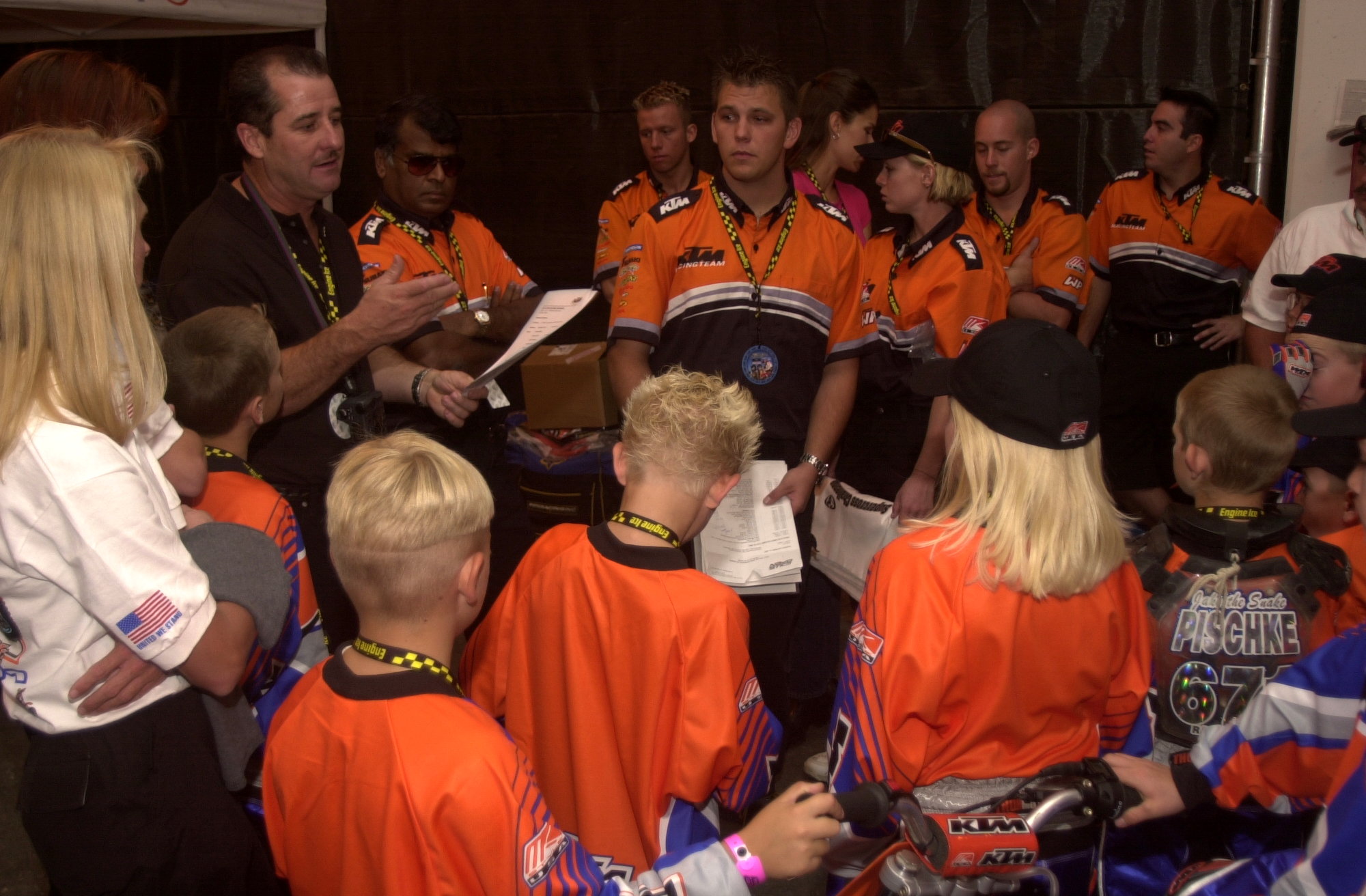 In 1996 he entered the Pikes Peak Hill Climb, earning sixth-place overall and Rookie of the Year honors. From 1997 to 2000 he took overall wins in the Elsinore Grand Prix Legends class against some of the biggest names in the sport.   As Harden approached his late 40’s he turned his attention back to the one extreme event that had escaped his resume to date, the Dakar Rally. In 2003 Harden was handpicked by Red Bull/KTM to lead America’s return to the Dakar Rally. Harden served as team manager and rider for the 2004 and 2005 U.S. Red Bull/KTM US Dakar Rally teams. In the 2004 event he ran as high as 7th overall before dropping out with a broken ankle at the mid-way point. In the 2005 Dakar Rally (at age 48) he achieved every adventure rider’s dream of seeing the “Pink Lake”(Lac Rose) at the end of Dakar finishing 17th overall out of 250 motorcycle competitors. He also handpicked and trained his teammate that year Chris Blais who would go on to finish on the Dakar podium in 2007. 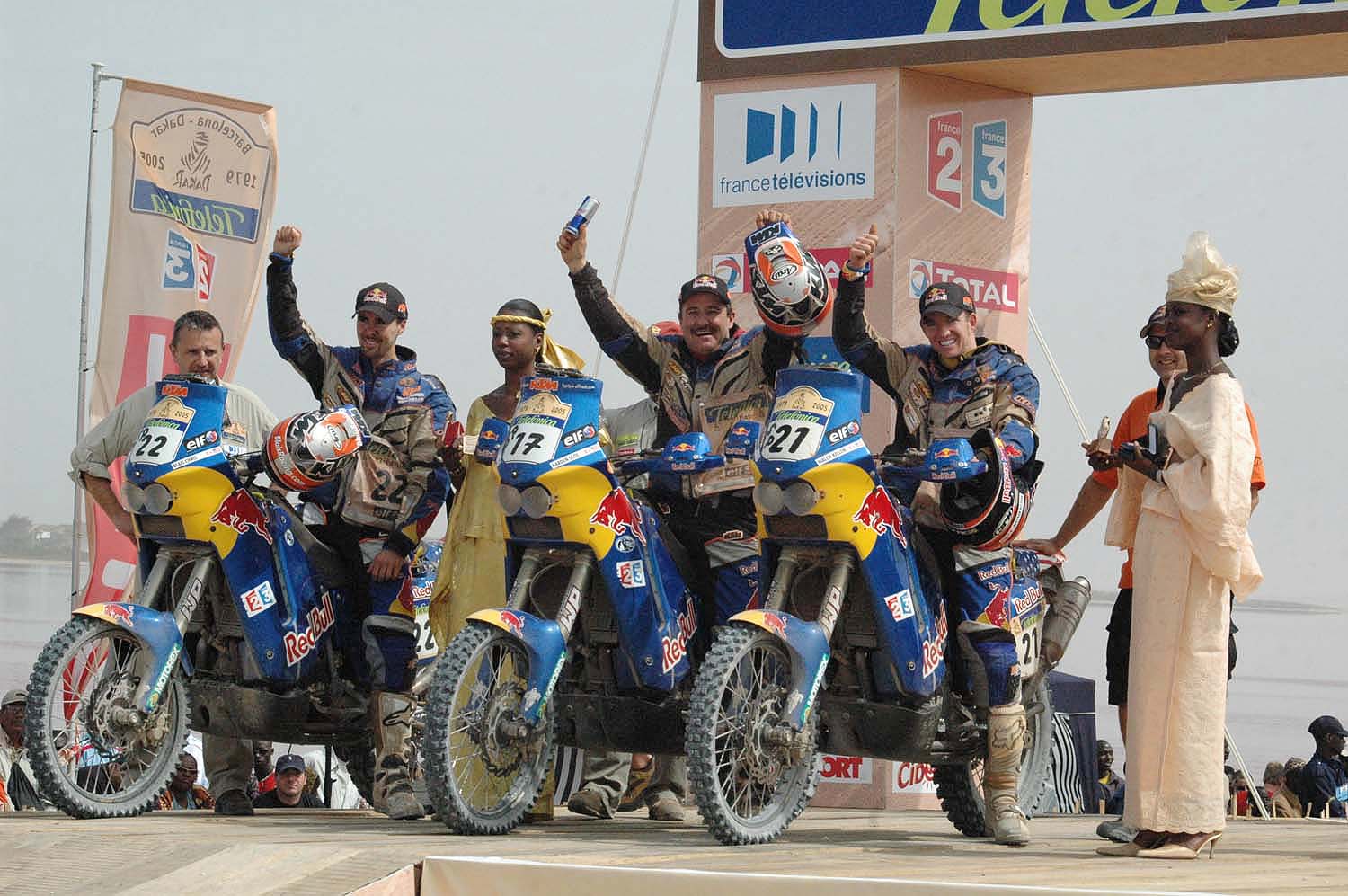 The cap on Scot's career came in 2005 when he led the Red Bull/KTM US team to a top finish at the Dakar Rally at the age of 48.

Throughout his career and in his position as Team Mgr. at Husqvarna and KTM Harden had an opportunity to positively impact the lives of many young, upcoming desert/offroad racers. As Team Mgr. for KTM and Husqvarna he played a pivotal role in the careers of future champions such as Dan Smith, Dan Ashcraft, Danny Hamel, Jimmy Lewis, Russ Pearson, Nick Pearson, David Pearson, Destry Abbott, Kellon Walch, Chris Blais, Corey Graffunder and Nick Burson.

Harden has held numerous executive level management positions within the motorcycle industry with Husqvarna, KTM, BMW and most recently Zero Motorcycles. He has served as a board member for the Off Road Business Association (ORBA), which works to preserve access to public lands and serves on the Motorcycle Industry Council's (MIC) Electric Motorcycle Task Force. He is the 1998 recipient of the Hazel Kolb Brighter Image Award as well as the 2015 AMA Bessie Stringfield Award based on his continued promotion of the sport of motorcycling on a national level. In 1998 he was named one of the top 10 off-road riders in the history of the sport by Dirt Rider magazine. 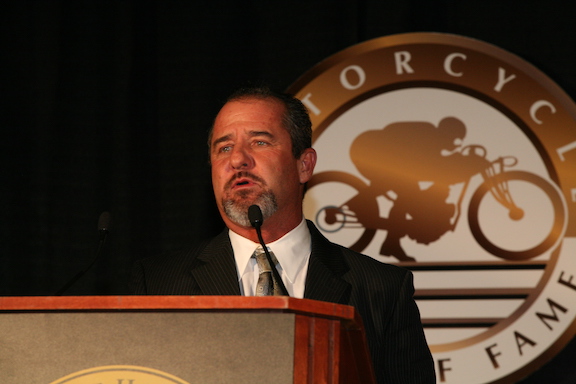 In 2008 Scot was indiucted into the AMA Hall of Fame

Scot is currently one of the motorcycle industry’s top executives and is still an active rider. He is also the President and Founder of Harden Offroad, a consulting, rider training, event promotion and product development company that serves the motorcycle community. Both his sons, Brent and Brock are accomplished racers in their own right who both work in the motorcycle industry. Scot is married to Kristi Harden, who for over 40 years has been his best friend, partner and wife and has played a huge role in him achieving his current status as an AMA Hall of Famer. One of his greatest current joys is his new daughter-in-law Brittney and grandson Jensen. Along with their pets Halle, Cruz and Jagger the Hardens can be found on most given weekends out in the desert somewhere recreating on motorcycles. 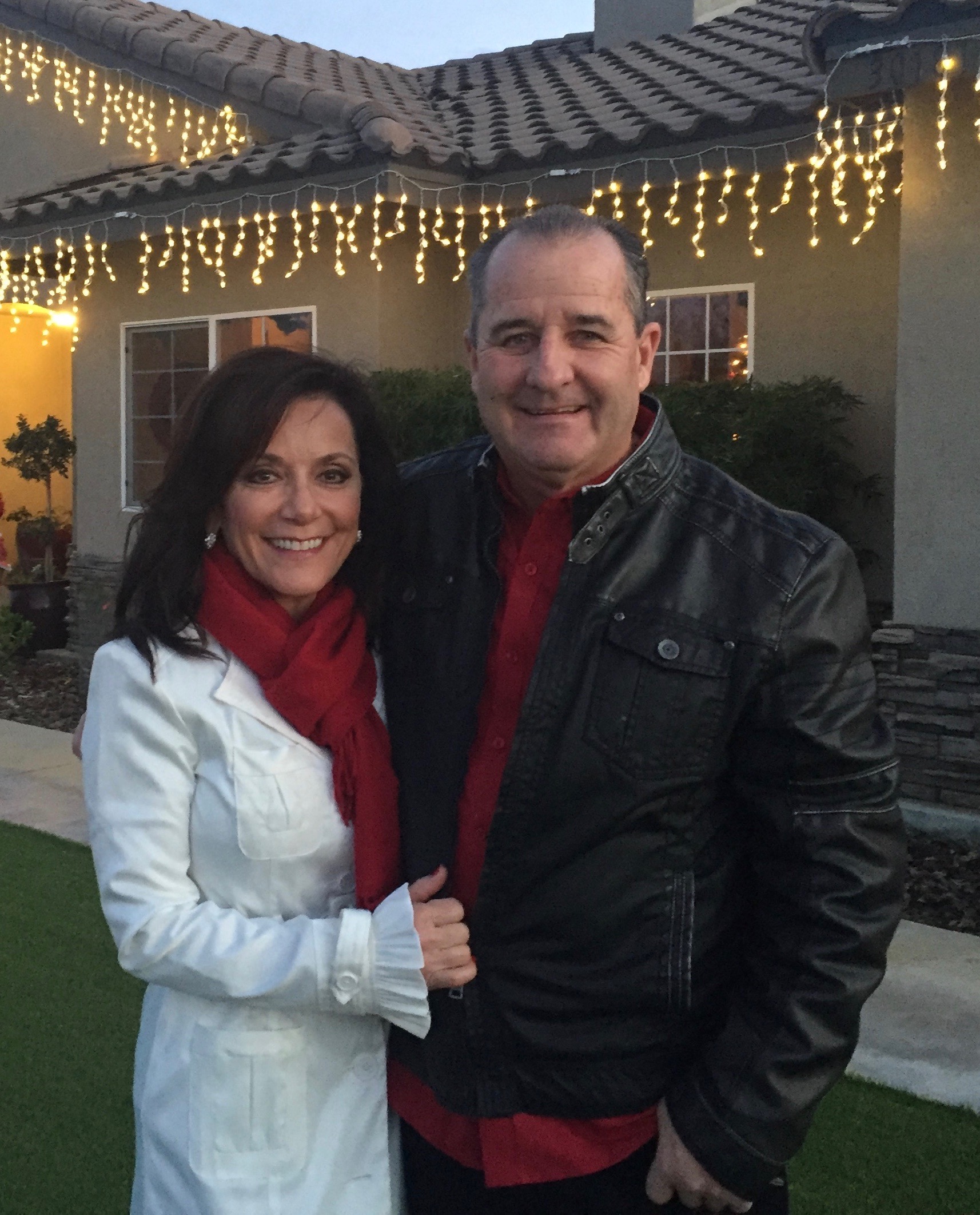 Scot and Kristi Harden- Partners for over 40 years. 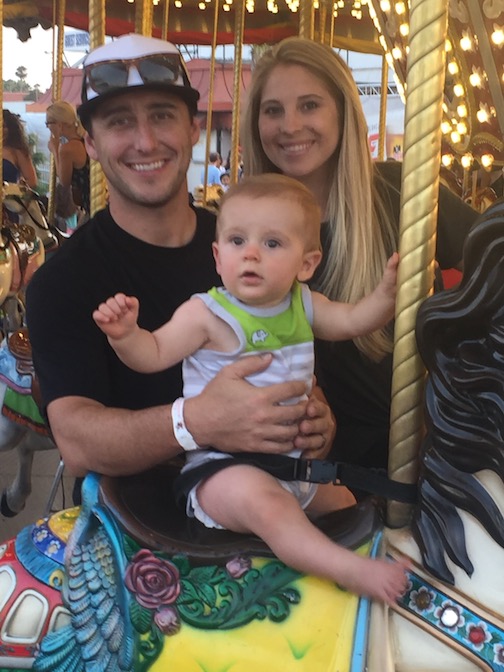